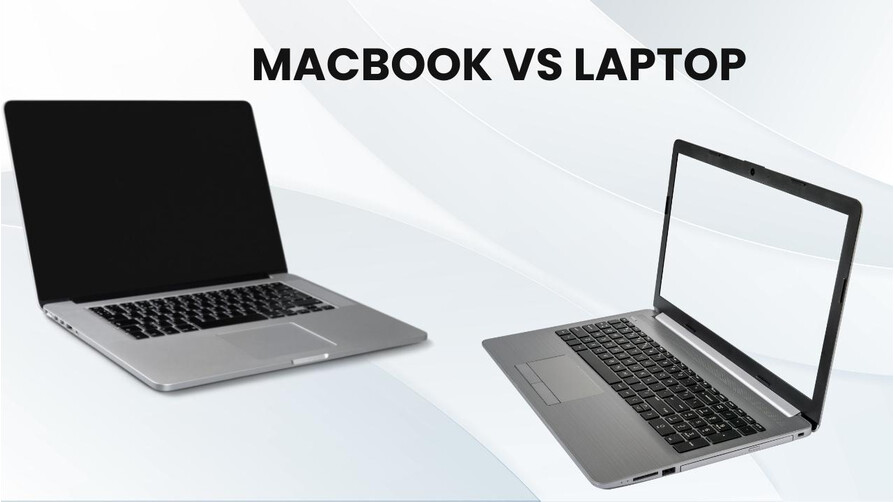 The Cold War between PCs and Macs re-emerged after a 15-year truce when Apple unveiled two new Mac notebooks using the ARM-based M1 chip in place of an Intel x86 CPU.

Therefore, the Mac no longer qualifies as a "PC," as the category that includes the IBM PC 5150 with DOS and its derivative OS is often recognized. You personally use the new MacBooks, yet they're not personal computers.

Does it really important, or is this just semantics? We'll explain what you'll get if you choose one of the new Macs over a typical PC before you buy a MacBook.

Reasons to choose a PC laptop over a Macbook

We were very excited about the new MacBook. Instead, what we got was pretty much the same case around some new components.

If you don't believe in touch controls on a laptop, you probably have a BlackBerry in your pocket. If, on the other hand, you understand that touch screens and pens are a thing of our times, then your best option will be a PC laptop instead of a MacBook.

While clamshell laptops will always have a gap, the 360-degree hinges you'll find on convertible laptops are much more versatile. To sign a document, you can even fold them into a tablet.

Although the convertible design usually means somewhat lower performance, it's so versatile that it's hard to go back to small notebooks with just clamshell functionality .

Yes, of course. Those awesome facial recognition capabilities? It's something that only Windows PCs have.

The freedom of choice offered by PCs is one of their best qualities. You can choose AMD if you don't want Intel. You can run Intel if you don't like Nvidia. Linux can be used if Windows isn't your thing.

How about a 15.6-inch 16:9 display, or a 13.4-inch 16:10 screen? It is accessible using a PC notebook. Would you prefer a pink, white, blue, black, or silver case? In the computer, of course. So yes, if you want something really different, instead of pretending to think differently, a laptop PC is a good option.

You can run windows

Do not believe those who say that "the Mac is a better Windows laptop." That's a good idea, but think of it this way: Apple doesn't care if its MacBooks run Windows 10 better than macOS, right? Sure, Intel-based Macs can run Windows, but that's probably not going to be the case with the new ARM-based version.

The value for money won't be the same for everyone, but it's hard to deny the real competition between dozens of PC manufacturers with dozens more designs. Because of competition, you frequently get more RAM, more storage, and more features on a PC for the same price.

That's not true for Apple laptops, unless you consider reselling good value for money (see below).

The benefits of purchasing a MacBook over a Windows laptop

If you don't want to be a hater, you have to keep an open mind, even if you would never ever consider buying the other one. So let's be fair and see what the MacBook brings.

The MacBook may be faster (in some ways?)

Although we believe Apple exaggerated the new MacBook Air's speed when it claimed it was "faster than 98% of Windows laptops," we can't help but admire the 5nm ARM-based M1 CPU.

Apple's new SoC/CPU looks like it has everything it needs to take MacBook users to a land far, far away with no x86 in sight. However, we don't yet know how quickly it is happening or where. On the other hand, if we had to make a wild guess, we'd say that the weight of tens of billions of dollars in investment produces its own reality.

There will be plenty of applications where we suspect the M1 will be better than the Core i7 and even the Ryzen 7. We do not yet know where it will be slower, but as we have mentioned, it is a problem that can be solved with a few billion dollars.

So if you're willing to spend money and put aside the PC for more compatibility with your iPhone, it's not a bad time to do it, and surely you won't regret it.

You want to go cool

A few types think that having the Apple logo on a laptop makes them "Think Different". Given that this is a product of one of the biggest companies on the globe and you just have a few options, we're not sure how this is possible, but we understand.

If you walk out of your pilates class with a Windows PC, you're not cool. The MacBook is still the best laptop on the market if you want to do what all the cool kids are doing these days.

One of Apple's strengths is its technical support. With a PC, you often call the support line or use virtual chat to try to understand why some drivers have gone haywire.

If you have a MacBook, you can schedule a meeting at an Apple Store to solve the problem face-to-face. Many people place a high value on that human touch.

You want better value for money in resale

The dirty secret of many companies that sell laptops is that they don't make laptops. They are made by a large factory that also makes them for other brands. But the value of branding matters.

The MacBook is the only brand where people pay unreasonable amounts of money not only for a new model, but also for an old one.

© 2004 - 2023 Tech Source Canada. Prices and availability are subject to change without notice. Tech Source Canada is not responsible for typographical errors or omissions. Product images are for presentation only, they may not be exactly as show. Price listed may be an online only price. All trademarks & logos are properties of their respective owners.